Joel McEntire is running for the State House of Representatives to ensure our local values have a voice in Olympia. The extreme politics of Seattle are hurting South West Washington’s families.

Joel McEntire was raised in Cathlamet and graduated from Wahkiakum High School in 2006. He went on to serve a two-year mission in Cleveland, Ohio which included cleaning up flood damage and other humanitarian services.

Joel married Margaret Jean Kaufman in 2010. He enlisted in the United States Marine Corps one year later. He was deployed 6 months to Qatar in 2015. He graduated with a Bachelor’s Degree in Science, Evolutionary Ecology, Spring of 2016. Joel began working as a full-time teacher at John C. Thomas Middle School, where he attended as a boy. Joel also achieved a Master’s degree in Mathematics, in January 2018.

Seattle’s politicians have an agenda, and it’s hurting our community. Seattle has waged war against our fishing, forestry and farms. Seattle even voted to underfund our local schools. Seattle has blocked Millennium and too many other job sites. Now Seattle is preventing us from defending our shellfish growers.

This election we have a choice: Joel McEntire. 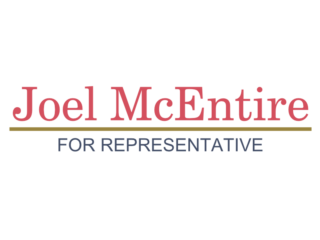 Volunteer on the Campaign

You have Successfully Subscribed!